"Love Me Again" is a single by English soul singer and musician John Newman. The song was released as a digital download in 2013 as the lead single from his debut studio album, Tribute (2013). 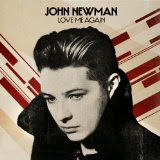 Sheet music on the web:
"Love me again" John Newman free piano sheet music
at 8:49 AM

This online service was provided by My-Piano.